How to Solve the Edge Computing vs. Cloud Computing Debate 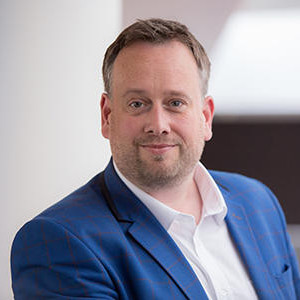 Listen to the blog here:

The global cloud market is expected to surpass US$600 billion by 2023. Edge computing, although presently commanding considerably less market value, is growing equally as fast. Analysts project that the edge computing industry will generate revenues of more than $15 billion in 2025. It might be a relative newcomer on the scene, but it's already changing the way the world handles and processes data.

There are now over 50 billion connected devices in the world, so modern networks have an enormous load to bear. Today's wireless connections must support everything from self-driving cars and data storage systems to warehouse robotics and video analytics. Edge computing addresses those bandwidth challenges by carrying computing topology closer to its source. At its simplest, it narrows the gap between data storage and the devices that need it so that latency problems can be resolved.

At first glance, the cloud's basic premise of creating a centralized data source that can be accessed anywhere in the world looks like the opposite of edge computing's local data handling idea. However, in many ways, it's the cloud itself that created edge computing. Without centralized data storage, the big data movement would never have achieved such scope. Many online payment providers wouldn't exist, for example, and brand titans like Microsoft and Amazon would be different from what they are today.

If you're working on your IT infrastructure, you've probably spent some time trying to sort through the benefits of edge and cloud computing. Which is best? The answer isn't as clear-cut as you might think.

The IT industry came up with the word "cloud" for its amorphousness. Its name is the perfect metaphor to define its function. Much like a floating cirrus cloud, the data or "water" it provides can reach people all over the world.
So, in contrast, what is edge computing? To extend the cloud metaphor, it would be more like a faucet. It brings data (or water) right to your doorstep but supplies nothing to your neighbors. The differences don't end there, though.

Cloud computing relies on a remote server network to store and use data off-site. Like our figurative cirrus cloud, it can supply data to a large number of people at once. The cloud doesn't require you to maintain your own infrastructure; thus, no capital investment or staffing costs are needed in that area.

Any edge computing definition should emphasize that this model doesn't rely on data centers or the cloud. Instead, it brings computing closer to a data source to minimize potential distance-related challenges. Much like our figurative faucet, it delivers its resources quickly and cheaply through fairly basic infrastructure. When things go wrong, it's also straightforward to troubleshoot.

2. Weighing Up the Pros and Cons: Edge Computing vs. Cloud Computing

The cloud was designed to overcome the limitations of local storage. It brought the world on-demand data storage and new levels of computing power. That changed the way businesses and individuals approached their IT assets. Dropbox launched an era of floating file access, while service providers like Amazon Web Services (AWS) brought the business world a new approach to software. Both companies turned data storage and computing into a sailing cirrus that you could access anytime from anywhere, no matter which device you had on hand. Remote work became easier to achieve than ever before, and apps could be accessed and developed by multiple specialists simultaneously. In short, the cloud's benefits include:

You need the cloud if you use remote teams, need to extend local data storage capacity, or want to streamline your IT operations. In addition, key digitalization technologies like IoT (Internet of Things) depend on the cloud as a central location to store, process, and analyze data. It's also ideal if you expect rapid growth and need access to certain innovative software that is being offered through cloud-based subscription models. By contrast, edge computing benefits include:

Edge computing allows you to analyze your devices before sending data to the cloud—and that's where the magic happens. If your industry requires adherence to strict privacy laws or you have a tight IT strategy, for example, then edge computing gives you the right blend of benefits. That said, the best solution to the cloud-vs-edge debate is to use both. Separately, each solution is a lone voice. Together, they're a choir.

Edge computing has plenty of untapped potential. Analysts predict that it will account for 75% of enterprise data by 2025.

Fog computing blends both edge and cloud computing. By doing so, it stretches the cloud to the edge of the network so that it's easier to connect IoT devices in real-time. By incorporating the benefits of both edge and cloud technology, it achieves a high-level network environment. It can connect two disparate ecosystems without losing local storage benefits. Fog computing reduces latency between devices while simultaneously reducing bandwidth requirements. It opens up exciting possibilities for several industries. Autonomous self-driving cars, smart cities, and real-time analytics are all at their best with fog computing. Its capacity to transfer data right at the edge of remote areas makes it suitable for roaming use cases as well. Fog computing is, effectively, edge computing with wheels.

4. Summing Up – The Future of Edge and Cloud Computing

Edge computing has plenty of untapped potential. Analysts predict that it will account for 75% of enterprise data by 2025. In the coming years, it will deliver insights faster than ever before. But as more and more devices with ever greater numbers of sensors will be producing even more data with higher sampling rates in the near future, a centralized model, such as cloud computing, will be placed under greater stress. Even with optimizations, the bandwidth required will become a bottleneck. This doesn't mean there's an end in sight for the cloud, though. After all, many devices designed for edge computing have strictly limited computing power. Both solutions offer important benefits to the business world but used in tandem unlocks additional versatility for advanced digitalization approaches.

Let’s dig a little deeper to illustrate this: The transmission costs of providing trivial sensor values to a centralized location will often not be worth it for ordinary measurements, such as confirming the normal state of a device. The value in knowing an IoT-tracked 24/7 production asset is switched on, for instance, is much less than knowing when it is off for whatever reason. In the end, edge computing's benefits are limited by the fact that edge-enabled devices only know what is going on locally - the ‘big picture’ can only be assembled centrally and is not readily available at the edge. Consequently, AI for a fleet of such devices can only be realized centrally and not at the edge.

Although no one can say for sure, fog computing is already shaping up as an added value driver of digitalization initiatives, bringing benefits both in the direction from edge to cloud and vice versa.

From Edge to Cloud

It is likely that data will be pre-processed on edge devices, and their first actions will be triggered in a decentralized manner on the basis of some centrally specified analytics. This model should allow for the automation of systems while maintaining low latency. Only selected data – information that is particularly interesting or potentially important for others to know about - will be collected centrally via cloud services.

From Cloud to Edge

Fog computing will facilitate fleet recommendations to IoT devices derived from the centrally collected data held in the cloud. For this to work, new analytics models will need to distribute centrally computed insights back out to edge devices where they can be utilized. As such, adopting a fog computing digitalization strategy now appears to offer organizations the greatest level of versatility going forwards.

Read our whitepaper to learn how to develop comprehensive data strategies to identify new business opportunities and prepare your company for the digital age! 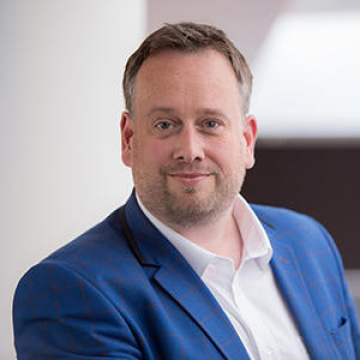