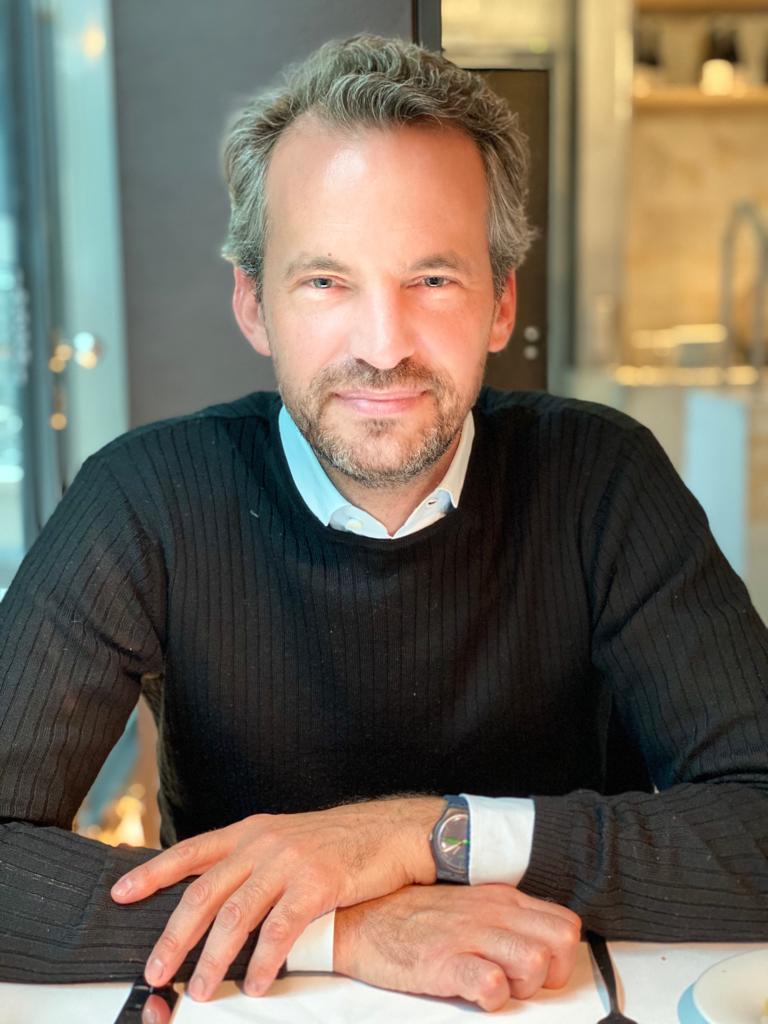 Tesla is a fairly new company compared to the larger and more established original equipment manufacturers (OEMs). While traditional OEMs have been around for decades, Tesla only released its first all-electric car as recently as 2008. However, to many, Tesla car technology often appeared to be one step ahead of the rest of the car manufacturing industry ever since.

Perhaps this is why we have seen Tesla stock prices soar. Investors seem to see Tesla more as a software company similar to Google or Apple rather than an automotive manufacturer and therefore value Tesla at a price-earnings ratio of 358 versus Volkswagen at 4.7 and BMW at 4.9. They tend to like forward-thinking companies with a strong vision of the future even if feasibility of that vision has yet to be demonstrated.

Tesla's  success lies in the fact that it is perceived to be a leader when addressing CASE trends, namely connected, autonomous, shared and electric mobility. Its undoubted focus on data systems and the ability to leverage the full potential of digitalization is what makes the company a strong performer in today's market. Nevertheless, this focus on digital technology is just a part of the story.

Still, there have been multiple discussions in the automotive industry, as well as on Wall Street concerning the ability of Tesla to fully deliver on the promise it shows. To do so, Tesla must not only grow its fleet to maintain market share in a booming market for electric vehicles, but also further improve its profitability: Margins on new vehicle sales are often limited due to heavy price competition and the inability to reduce material cost.

Accordingly, it might be worthwhile to shift focus to aftersales as the future driver of profits. However, despite its superior position and high expectations, Tesla does not (yet) generate any profits with its aftersales business. While the 'average' OEM heavily relies on aftersales for their overall profits, Tesla still shows a deficit in their annual report.

This prompted us to take a closer look at Tesla’s approach on aftersales to better understand strengths and weaknesses.

We identified five different aspects that are essential for Tesla's aftersales setup.

Improving customer experience over the air

Leveraging the so called 'closed data loop' throughout its digital systems, Tesla is able to improve its product offering to the consumer even while it is in their possession. It can do this in almost the same way that Apple, for example, by issuing an upgrade or software update to the customer without the hardware needing to be brought into a service center. From the start, Tesla has focused on collecting data and using it for enhanced decision-making to continuously improve its products. This closed data loop has led to an irrefutable perception of sustained value and reputation among consumers. There is an associated risk with this success factor, however, which should not be overlooked: Since more data is collected and more functions can be manipulated over the air, the data security risks increase, as well. Furthermore, as vehicles sustain their perceived value for longer, future new car sales might be in danger since older but upgraded vehicles are still cutting edge.

One major advantage is Tesla's ability to rapidly iterate its hardware. Being relatively close to the customer means that the firm can be very responsive when dealing with customer feedback and demands. Nonetheless, more product variance means increased cost of complexity. This could become a liability in the longer term, if it is not managed very carefully: Each introduced variant must be serviced and maintained throughout the product lifecycle. Establishing a strong Product Lifecycle Management will be essential for OEMs of the future if they want to control complexity costs while rapidly adjusting to customer desire. It can even be beneficial to design the vehicle in a way to avoid hardware changes. This can be achieved by realizing functions via software rather than hardware and by slightly “overequipping” the car. This approach would then later use the additional computation power, bandwidth or sensors / actuators to implement additional functions via the closed data loop.

Tesla chose a high-risk, high-reward strategy with respect to the various legislative and regulatory constraints it faces in different markets. This strategy allows the company to make very quick progress with nascent technologies, such as autonomous driving systems. Assessing the risks of potential legislation in areas like autonomous driving and data privacy has been cornerstone to Tesla's success so far. However, it necessarily exposes Tesla to significant liability risks. In many cases Tesla will set the standard by being the first. But what happens if legislation demands a different approach later on? As an example, Tesla currently faces minimal legislative coverage with the way it locks in customers to its systems and services. As the discussion around the “right to repair” demonstrated vividly, future legislation in markets, such as the EU, could open up competition and undermine the “closed ecosystem” strategy. If Tesla continues in this potentially risky manner but plans sufficient mitigation for future legislation, then it should be able to enjoy continued success.

Despite the rapid growth it has experienced, Tesla has successfully managed to maintain its “start-up mentality” in its governance setup. Unlike most major car makers, the company does not have a highly complicated governance operation. Indeed, Tesla is still running numerous strategic decisions through the firm's headquarters. This means the company can operate in an extremely agile way. However, with increasing sales volumes abroad and the potential for different legal restrictions, the central approach might complicate satisfying local customer demands. Also, as more and more spare parts are needed, establishing a local supply chain is becoming increasingly practical. Consequently, it might become even more attractive for Tesla to shift away from the centralized approach – while OEMs on the other side need to become more agile.

Tesla has successfully managed to maintain its “start-up mentality” in its governance setup.

In our analysis it became obvious that the company's service footprint and quality is not such a clear-cut case and might even be Tesla’s Achilles’ heel. Tesla is working to establish a lean service network and can provide mobile solutions to its customers. However, success in this field is limited: still, Tesla’s aftersales support needs significant improvement. Customers, for instance, criticize having to wait very long for appointments, low availability of spare parts, difficulties to reach customer service as well as low quality of the work provided. A 2019 study of Bloomberg showed that roughly 20% of customers claimed to be dissatisfied with timelines of service and adequacy of repairs. Interestingly, between Q4 2019 and Q4 2020, Tesla grew vehicle deliveries by 60% (from 112k to 180k) while store and service locations grew by 20% only.

The underlying problem seems to be a structural one: Tesla’s fleet has been growing at a pace which the aftersales network simply couldn’t keep up with. Spare parts are scarce due to most resources being used for vehicle production. The prioritization of new vehicles sales was right to grow the fleet and capture a significant market share. Now, as the BEV market booms, Tesla must continuously increase output to at least retain their current position. At the same time, it is imperative to build a strong aftersales network and significantly improve customer experience. This requires strong investments which of course will have a corresponding impact on Tesla’s balance sheet. However, the cost of failing to invest in the aftersales network might not be financial only. It could put the firm's closed ecosystem approach at risk as they would have to rely more on third-party partners to handle service requests. Dissatisfaction could ultimately also impact new vehicle sales.

Overall, Tesla is leading the pack in four out of the five dimensions we investigated. Tesla's Achilles' heel turns out to be the service footprint and quality. OEMs seeking to optimize their aftersales setup will want to learn from Tesla's best practices while playing to the strengths and quality of their existing service networks. Development potentials lie in closing the gap between them and Tesla for software and hardware product improvements, agile mentality and fast legislative adaption. At the same time, they should leverage their advantage in the service footprint and quality to provide superior customer experience. So, what should OEMs focus on immediately?

What can OEMs learn from the Tesla example?

The main thing that OEMs can take from the case of Tesla is that they ought to leverage digitalization even more than they currently do. Tesla clearly shows several best practices and market-leading processes with respect to customer-centric operations. Because of its world-class data-driven business systems, its operational model is able to provide rapidity of action in the marketplace that few others could even hope to match. This means that OEMs can learn from Tesla's best practices regarding digitalization in three distinct ways:

It is not just in the automotive sector that customer experiences are now closely entwined with their digital experiences. However, in car manufacturing, there is a specific way that OEMs can harness data to improve their customers' experiences. This would include leveraging data drawn from vehicles in the field to continuously seek new ways to improve software and in-car services. Doing so opens the door to the creation of new or additional revenue streams. Will customers pay for software upgrades and new digital services? The likelihood is they will, especially if the customer experience is demonstrably improved by such offerings. What's more, OEMs can benefit from direct-to-customer sales with this model and not rely on dealerships or other third parties.

Secondly, OEMs should learn that the feedback data they obtain from the fleet that is on the road is invaluable to their future R&D processes. With data flowing in almost constantly, analyzing it well will mean being able to quickly iterate product features that have the highest customer relevance or demand. OEMs must make this data easily accessible to product designers to enable well-founded decisions. Furthermore, R&D teams should shift to implementing new functionalities in software updates – rather than with hardware – to allow greater speed with the rollout of new features, such as autonomous driving systems, for example.

Finally, OEMs should learn from Tesla's corporate governance model and set up a more agile organization, one that is more able to react rapidly to technological change. Digitalization means embracing a fast-moving world in which risk-taking behaviors can be beneficial as long as they're based on solid data. Unforeseen developments in society, technology, and legislation need a governance structure that is prepared for them, and only big data analysis can help to inform the future size and shape of any commercial operator in the automotive sector. For most OEMs that will mean to tear down the silos that have established over time. With the fundamental shift we see in automotive, fundamental innovation is required: Salespeople must work with R&D and product management to find a solution for one global problem instead of focusing on many smaller local topics.

Why Automotive Aftersales Service Remains Crucial in the Digital World

In summary, Tesla is a shining example of how OEMs can challenge the status quo. At the same time, the weakness in aftersales service footprint and quality as their potential Achilles heel demonstrates the value of grown structures and established networks. Although Tesla’s growth is breathtaking, there are limitations on how quickly they can build a strong aftersales presence.

The strength of traditional OEMs has been with their existing production and sales volume. This has allowed them more room for strategic action in building a sustainable and profitable aftersales network. OEMs should seek to exploit this natural advantage to convince clients with superior service as they introduce more and more BEV vehicles. At the same time, they should follow Tesla’s example and leverage their current aftersales networks to help them unlock the potentials of digital transformation and significantly improve their aftersales by digital means.

Read our whitepaper to learn how to develop comprehensive data strategies to identify new business opportunities and prepare your company for the digital age! 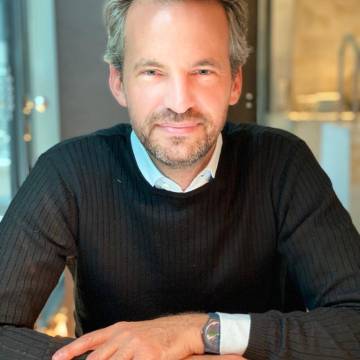